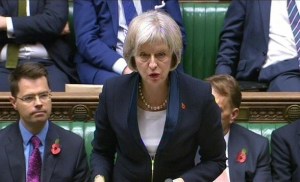 On the 4th November, Home Secretary Theresa May unveiled the government’s proposals for updating the UK’s legislative framework for communications surveillance. The arrival in parliament of the Investigatory Powers Bill has been long-awaited and its possible contents have been the source of increasing speculation. We’ve now had our first look at the draft Bill (that’s #IPBill for the Twitterati) and the next few months should prove to be an interesting time as the various advocates and critics of the proposed measures make their claims heard.

The head of MI5, Andrew Parker, has called for a ‘mature debate’ about these issues and I imagine that is what everyone would like to see. Yet this presupposes the idea that previous debates have to some degree been immature or, to follow the MI5 Director General’s concerns, have consisted of misleading accusations of limitless, intrusive, mass surveillance. There may be an element of truth in this; the previous attempt in 2012 to legislate around the issue of communications surveillance was widely dubbed the ‘Snoopers Charter’ after all. However, it ignores the fact that challenges to such legislation have been articulated coherently and forcefully while the government’s justification for extending surveillance capabilities of law enforcement and others has frequently fallen short of the mark. When Lord Carlile of Berriew (a former Independent Reviewer of Terrorism Legislation) gave evidence to the consultation on the Communications Data Bill, for instance, he noted that the government ‘could have told a much stronger story’. Is it not immature to expect significant and largely unjustified changes to the infrastructure of digital surveillance to be accepted wholesale? 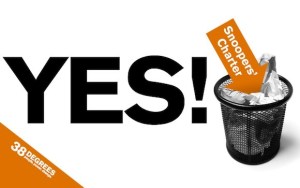 within the Coalition Government. Specifically, the Lib Dems’ discomfort with the civil liberties implications of the powers that were being sought. This is a fair assessment. However, there was also a strong counter-narrative against the Bill during its pre-legislative scrutiny, constructed by a collection of civil society organisations. In tandem with this, some of these organisations also leveraged significant support from members of the public, including 19,000 emails to the Joint Committee voicing discontent with the Bill’s proposals.

The landscape is different in 2015. The Lib Dems are no longer an obstacle for the Conservative majority and, what is more, senior Labour ministers are in favour of reforms that provide necessary safeguards and oversight regimes. ‘Emergency’ surveillance legislation enacted in 2014 (DRIPA) was found unlawful by the High Court in July of this year. That is to say nothing of the impact that Edward Snowden’s revelations in 2013 have had on the public’s awareness of, and concerns about, surveillance. There has been significant pressure from civil society and the news media for more transparent and accountable surveillance practices in the law enforcement and intelligence community. Three reports published this year by the Intelligence and Security Committee, RUSI and David Anderson QC have all responded to the perceived need, from both within government and beyond, for new legislation that governs how our communications can be retained and accessed. The legacy of Edward Snowden – the cumulative effect of these shifts in knowledge and attitude – is that the government face an uphill battle to bring in the changes they say are necessary. They will likely have to defend on multiple fronts, showing how they have accommodated the need for reforms to both their previous legislative endeavours and to surveillance practices that have since
been exposed. The community of civil society organisations active in this area, at both a grassroots and national level, have their own agendas to pursue but they also function effectively together – the ‘Don’t Spy On Us’ campaign being a prime example of this. Such collaboration can be revealing, more broadly, for the efficacy of collective action amongst civil society actors. Over the coming months I will be following the coordination and organisation of these groups, as well as the strategies and arguments that characterise their response to the Investigatory Powers Bill. I anticipate some (necessary) rehearsing of previously well-made arguments about collection of ‘metadata’ about digital communications. However, there are new debates to be had as well, primarily those concerning surveillance capabilities of the intelligence agencies and, related to this, judicial authorisation of warrants for obtaining the content of communications, about which discussions have already begun.

There is a need for reform of the legislative framework. As David Anderson suggested in July, the new law needs to be ‘comprehensive and comprehensible’. Getting to that stage will require a lot of hard work and probably a good deal of compromise. What is also rightly needed is the maturity to engage in a discussion about what kind of surveillance is truly necessary and proportionate in an increasingly digitalised society.

Since the time of writing, the events in Paris on the 13th November have fuelled the debate over the necessity of improved and extended communications surveillance. However, the same counterpoise as outlined above has also been voiced; that new powers must be proportional and given due consideration. The following articles indicate the attention the issue has already received.

About the author: Wil Chivers is a Social Media Research Associate at WISERD. He is working across the WISERD Civil Society research programme, exploring the relationship between engagement with social media and civil society. He is also drawing on an interest in developing innovative methodologies to examine the potential that social media research methods can bring to this field.

Disclaimer: Unless otherwise stated, the views contained within this blog are those of the author and do not necessarily represent the views of Cardiff University.